Skip to content
Home>anouncement, events for members, events for the public, workshops>DRAMATIS PERSONAE WORKSHOP
Previous Next 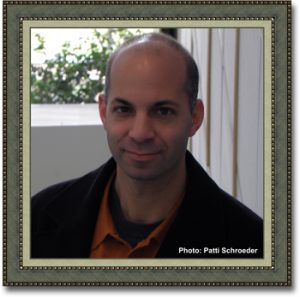 In the second half of the program, Zolidis will expand the discussion to include the principles of comedy in general. Special attention will be paid to applying those concepts to high school plays – what makes a play funny? What makes a scene funny? How does your choice of style and format dictate the type of stories you can tell? How does one create believable comedy as opposed to absurdist comedy?

ABOUT DON ZOLIDIS
Don Zolidis is one the most popular living playwrights in America. His 70 published plays have been produced more than 6,700 times and have appeared in every state and 47 different countries. He holds an MFA from the Actor’s Studio Program at the New School University and a B.A. in English from Carleton College. He’s won multiple Edgerton New Play awards, the Princess Grace Award, and in 2013 his play White Buffalo was nominated for the Pulitzer Prize. He lives in Austin.