Skip to content
Home>anouncement, events for members, events for the public, workshops>DRAMATIS PERSONAE WORKSHOP with SHERRY KRAMER
Previous Next 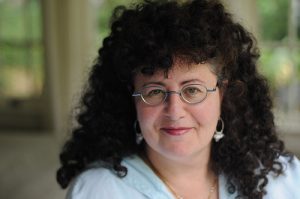 There is a great difference between a prop and an object on stage that is built or filled with the dramatic forces of a play.  Such objects become metaphors, they become fresh comprehensions of the world. In the theatre, we believe in magic.  Our gaze is focused on ordinary objects…a glass figurine, a pair of shoes, a wedding dress…and then our attention is shaped, and charged, and we watch the everyday grow in meaning and power.  Most of our greatest plays, written by our most poetic playwrights, contain a visual metaphor, an object with metaphorical weight that we can see on stage, not just in our mind’s eye.

How do we make the ordinary into the extraordinary?  How do we create something that can carry meaning across the stage, into the audience and then out of the theatre, all the way home, and into the lives of these strangers who come to sit together in the dark?  How do we generate a magical object on stage?

It will help if you have more than a passing relationship with A Streetcar Named Desire, The Piano Lesson, and Buried Child, but if you don’t you’ll still do okay.

We’ll be talking about the magical object, and there will be a small in class writing assignment.

Sherry Kramer is currently a visiting professor at the Michener Center for Writers, UT Austin.  She is a graduate of both the Iowa Writers’ Workshop and the Iowa Playwrights Workshop, and was former head of the Iowa Playwrights Workshop. Her plays have been produced in theaters across the country and abroad.  She is a recipient of N E A, New York Foundation for the Arts and McKnight Fellowships, the Weissberger Playwriting Award and a New York Drama League Award (WHAT A MAN WEIGHS), the LA Women in Theater New Play Award (THE WALL OF WATER), The Jane Chambers Playwriting Award (DAVID’S REDHAIRED DEATH).  She was the first national member of New Dramatists, and is on the permanent faculty at Bennington College.