Skip to content
Home>anouncement, events for the public, workshops>DRAMATIS PERSONAE WORKSHOP WITH STEVEN DIETZ
Previous Next

The Living Play: a master class in the craft of story-making for the stage 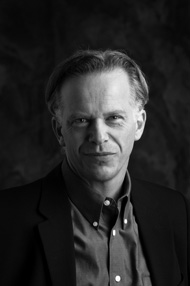 This lively master class centers on the primary ways in which we bring the stage to life (Motion, Status, Time) – and how we deepen the ongoing dynamics of our stories.  Far more than an “idea” or a “gift for writing”, a playwright (in any genre) needs story-making muscles and tactical skills.  This class will give you an active and tangible approach to generating, complicating, and revising your work.
Steven Dietz‘s thirty-plus plays and adaptations have been seen at over one hundred regional theatres in the United States, as well as Off-Broadway.  International productions have been seen in over twenty countries, including recently in Brazil, Thailand, South Africa, Estonia and Iran.  His work has been translated into a dozen languages.  Recent world premieres include Bloomsday (Steinberg New Play Award Citation); This Random World (Humana Festival of New American Plays); Rancho Mirage (Edgerton New Play Award), and On Clover Road(NNPN “rolling world premiere”).  His two interlocking plays for adult and youth audiences (The Great Beyond and The Ghost of Splinter Cove) recently premiered in Charlotte, NC.  His latest play, How a Boy Falls, will premiere at Northlight Theatre, Chicago in 2020.  Dietz and his wife, playwright Allison Gregory, divide their time between Seattle and Austin.
cjmoore2019-04-22T13:15:23-05:00April 22nd, 2019|anouncement, events for the public, workshops|