Skip to content
Home>anouncement, events for members, events for the public, workshops>DREAMING A PLAY: FAST FIRST DRAFT 2022
Previous Next

Both the Monday and Wednesday sessions of this workshop are full, but this is an annual offering so be sure to check back next spring. 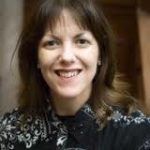