Skip to content
Home>anouncement, events for members, events for the public, workshops>DRAMATIS PERSONAE WORKSHOP: WRITING ON THE RIGHT SIDE OF THE BRAIN
Previous Next

DRAMATIS PERSONAE WORKSHOP: WRITING ON THE RIGHT SIDE OF THE BRAIN 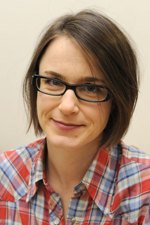 WRITING ON THE RIGHT SIDE OF THE BRAIN with SIBYL KEMPSON

WRITING ON THE RIGHT SIDE OF THE BRAIN focuses on letting go of preconceptions of what it means to write plays, or be a writer, or ideas of what a play is supposed to look like, which can block our true creative impulses. In other words, disarming the judgmental, rational half of our brain and empowering the creative, spatial, associative half that puts us in closer contact with our direct experience and impressions. Emphasis on detail, texture and contiguity will be favored over the more widely-accepted, but often limiting Aristotelian structure and continuity.

Sibyl Kempson lives and makes theater plays in NYC and the Pocono Mountains. Her plays have been presented at Dixon Place, Soho Rep, Performance Space 122, The Chocolate Factory, New York Live Arts, the Fusebox Festival in Austin, the Walker Arts Center in Minneapolis, the Great Plains Theater Conference in Omaha, and Theater Bonn in Germany, and have been developed in workshops in the CATCH! Performance Series, Little Theater, and at New Dramatists. She is a 2010 MacDowell Colony Fellow, a member of New Dramatists class of ‘17, a 2013-14 McKnight National Resident and Commissionee, 2013-14 recipient of the Virginia B. Toulmin commission through New York Theatre Workshop, and a four-time recipient of Dixon Place’s Mondo Cane! Commission (2002, ’07, ’09, ’11). She is a founding member of the Joyce Cho Initiative, an affinity of playwrights dedicated to the staging of problem plays, and of Machiqq Women’s Auxiliary playwriting group. She earned an MFA in Playwriting from Brooklyn College, 2007, where she studied under the instigation of Mac Wellman. Her plays are published by the 53rd State Press (Crime or Emergency, in Joyce Cho Plays: Zeit af der KürbisGeistNachten, and a double volume with Ich KürbisGeist & The Secret Death of Puppets); PLAY Journal of Plays (Potatoes of August); and PAJ (Restless Eye, a collaboration with David Neumann and Advanced Beginner Group).
Current, recent, and upcoming projects include: Big Dance Theater’s production of her play Ich KürbisGeist at New York Live Arts and the Chocolate Factory and also by Red Eye Theater in Minneapolis; a commission for a new work in collaboration with Elevator Repair Service called Fondly, Collette Richland to premier in NYC in Fall 2015; a New Dramatists/Full Stage USA commission for a new work in collaboration with Austin groups Rude Mechs and Salvage Vanguard called From the Pig Pile: The Requisite Gesture(s) of Narrow Approach to premiere at the Fusebox Festival in April 2014; The Securely Conferred, Vouchsafed Keepsakes of Maery S., for the McKnight National Residency and Commission, and an adaptation of Ibsen’s The Wild Duck called Kyckling and Screaming to be developed in collaboration with Sarah Benson at New York Theatre Workshop. Red Eye Theater will also close their 2013-14 season with a production of her play Potatoes of August.