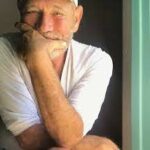 In preparation for ScriptWorks annual Weekend Fling, we are presenting this workshop with Gary Garrison, author of Perfect Ten: Writing and Producing the Ten‑Minute Play, and A More Perfect Ten. During the Weekend Fling, ScriptWorks members have 48 hours to write a ten-minute play using three contributed ingredients. The event culminates in a public reading of the freshly-penned scripts at 5:30 PM on Sunday, November  21st. Eight plays will be selected from those written during the Fling for production in the OUT OF INK 2022 short-play showcase in April at Hyde Park Theatre.

We all know the elements of a good play, no matter what length it is: complex characters engaged in a compelling, dramatic conflict that spirals forward in the dramatic action and resolves in some sort of satisfying way. Why, then, is it so difficult to reduce these elements down into a short 10-minute play? In our time together, we’ll talk about common problems that writers have when writing this genre and explore those theatrical elements that elevate any 10-minute play.

For a decade, Gary Garrison was the Executive Director of the Dramatist Guild of America – the national organization of playwrights, lyricists, and composers headed by our nation’s most honored dramatists (2007-2017). For five years after that, he was the Director of the Dramatists Guild Institute — an educational component of the Guild. Prior to his work there, Garrison filled the posts of Artistic Director, Producer and full‑time faculty member in the Goldberg Department of Dramatic Writing at NYU’s Tisch School of the Arts, where he produced over forty-five different festivals of new work, collaborating with hundreds of playwrights, directors, and actors. Garrison’s plays include The Mayworkers, The Unexpected Light On Azadeh Medusa, Too Quick to Pick, Skirting the Issue, Game On, Verticals and Horizontals, Storm on Storm, Cherry Reds, Gawk, Oh Messiah Me, The Big Fat Naked Truth, and When A Diva Dreams. This work has been commissioned by or featured at the Kennedy Center for the Performing Arts, City Theatre of Miami, Boston Theatre Marathon, Primary Stages, The Directors Company, The Theresa Rebeck Writers Residency, Manhattan Theatre Source, StageWorks, Open Door Theatre, Pulse Ensemble Theatre, Expanded Arts and New York Rep. His recent work as guest artist or master teacher of playwriting involve such institutions as the Marfa Intensives, Convivio Writer’s Conference (Postignano, Italy) Sewanee Writer’s Conference, The Kennedy Center for the Performing Arts, CityWrights, Austin Scriptworks, The Inkwell, Source Theatre in D.C., Baltimore Playwrights Festival, New Hampshire Playwrights Festival, Last Frontier Theatre Conference, Southeast Theatre Conference, Northwest Theatre Conference, Boston Playwrights and has taught at Boston University, West Georgia College, University of Oklahoma, New York University, The University of Texas, Goddard College, Texas State University, Texas Tech, University of Southern Mississippi and the Dramatists Guild Institute. He is the author of the critically acclaimed The Playwright’s Survival Guide: Keeping the Drama in Your Work and Out of Your Life, Perfect Ten: Writing and Producing the Ten‑Minute Play, A More Perfect Ten. He is the program director for the Summer Playwriting Intensive for the John F. Kennedy Center for the Performing Arts. In April of 2014, The Kennedy Center instituted the National Gary Garrison Ten-Minute Play Award given to the best ten-minute play written by a university dramatist and in the spring of 2018 awarded him the Milan Stitt Outstanding Teacher of Playwriting in the country.